Well it’s Halloween again and the age old argument is out there. Is it cruel to dress your dog in a Halloween costume? My dog Rowdy recently participated in the Annual Narrows Botanical Garden Harvest Festival Doggy Costume Contest and The Dodo was there to film the event. The next morning they streamed the event as a FaceBook Live event and I watched as the comments flowed in. Most of the commenters were positive and encouraging in there responses but others, maybe because they were coming from a place of concern for the animals, were opposed to the event. I want to take a moment to respond to some of these concerns.

Oh Toze, what can I say to you? Though I do appreciate that you are concerned for the animals welfare, I think your definition of torture may be a bit out of focus. There are plenty of places online to find examples of animal torture, this most assuredly, is not one. If you or anyone who shares your opinion would like to help animals who have been tortured, I encourage you to volunteer at your local pound, no-kill shelter or rescue and you will get to see what the result of torture looks like.

I always give my dog a choice as to what he wears and whether or not he puts it on. I hold out the open neck hole and Rowdy puts his head through. Then he lifts his legs to put them through the leg holes. If at any time he puts up a fuss and he has, I will pull back and reassess the situation maybe the fit is wrong, in which case, I don’t attempt to make him wear whatever that article of clothing is. However, I have been walking with him on a cold day while carrying his hoodie in my hand. When, unprompted, he started nudging my hand and the hoodie in it, indicating that he wanted the hoodie on. So I always consider Rowdy’s input on this.

BTW: I don’t think Greg watched the video if you look at the timestamp on his comment. If he had, I think he would have seen a lot of dogs having a great time.

Well it’s not illegal or demeaning to put clothes on a dog. If it were you would see K-9 dogs without bullet-proof vests or search and rescue dogs without their high visibility or flotation vests. The notion that dogs are not smart enough to understand wearing clothes I think is more demeaning to dogs than the notion that what they are wearing might not fit into your opinion of good taste.

I absolutely agree with Barbel, Divya and sad snoopy, they are not dolls. I like to do lots of things with my dog and this is just one of them. We go hiking, we do nosework, we go to the dog park and we do recreational carting. These are all fun dog things to do. Running around in the ring to the cheers of an adoring crowd, is just one of the ways Rowdy likes to enjoy his life. If you watch the video I think you’ll see what I mean.

Wha?!?! Some people need to learn how to form a reasonable argument, before they learn how to operate a keyboard.

This might be the only argument against doggy costumes except for the fact that this contest was held with the express purpose of raising awareness and yes funding for a local no-kill shelter. People donated to Sean Casey in order to participate. Those who were attending, that didn’t have pets, were exposed to the magic of the rescue dog world, breaking down the assumptions of many, that a dog is something to be purchased from a store. There was a lot of good done by this event.

Here are some other working dogs, wearing clothes. 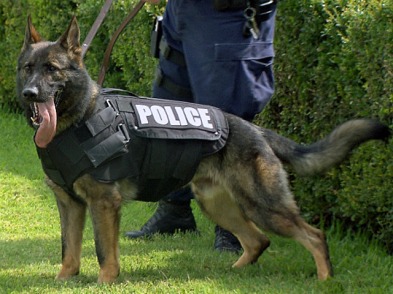 There are 1.1 thousand comments and over 122 thousand views of this video as of the time I post this article. The overwhelming majority of comments are in support of the event. I want people out there that enjoy dressing up their dog to be aware that they should make sure that they keep it fun for their dog. If your dog is willing and ready to dress up than go for it! Make sure it’s not all you do with them, but sure why not have fun with this harmless and silly little hobby. Please be sure to support your local no kill shelter and if you want to donate to Sean Casey here is their link.

One thought on “Should Dogs Wear Clothes? An Ethical Quandary”