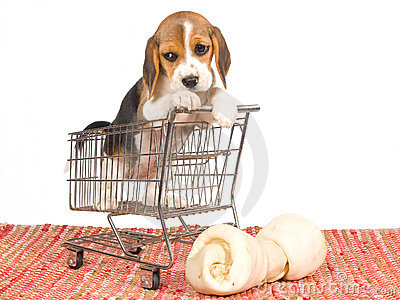 There are a lot of trainers talking about the benefits of positive training. From Ian Dunbar to Karen Pryor, most modern dog trainers are espousing the benefits of this new way of engaging your canid friends. Why does it work?

When I was in High school I had a job at a grocery store. One of my duties was to retrieve the shopping carts from the parking lot. I’d walk around shoving the carts back into a corral. Sometimes I’d push one across the lot from an especially long distance. The cart would go part of the way towards the corral. Then the caster would sputter, catch and the cart would turn off in another direction. It wasn’t very effective.

Let’s imagine I had a bumper car to help me with this job. Would it have helped?  I would drive around bumping the carts here and there. Eventually I might get one in the corral but it wouldn’t be very efficient and it might even get frustrating. I might even slap into one of these carts at the wrong angle and it might turn and knock back into me injuring me in some way. Also, the more carts I would have to corral, the exponentially more difficult the solution would be to achieve.

So what could I do? It seemed like I had tried everything! I’d even yelled at the carts and they just kept on being naughty! Well, I guess I might try engaging the shopping cart to my bumper car in some way, by pulling it along beside or behind me, until I could drive it right into the corral. Not only would this work, but the more carts I’d have, the easier and the more quickly the job would be done. I’d hook them all up and drive them right across the lot and right into the corral, without any trouble at all!

This is how positive response training works. If we engage our dog and bring them to the behavior we want them to display, they learn the value of behaving in that way. If, however, we try to bump them into the corral of the desired behavior by saying “No” to every behavior they display, they have no focus for where they should go with their enthusiasm. As a result they sputter off in some other undesired direction.

Positive Reinforcement has been written about in much more technical detail than this, and I will include some links to pages you might find interesting, but I’m warning you now it can get pretty wonky. All you need to know is that if you are tired of constantly saying the word “No” all the time, if you are done with being ignored by your dog, then maybe it’s time to consider trying something new.